Hi, I'm Thomas Doczkal and I work as 'Design Center Support and Unix Administrator' for Socionext Europe GmbH since 1st of April, 2016. At the same time I'm freelancer as a 'System Integrator' since 1st of January, 2016. 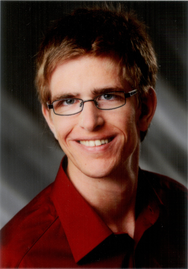 Since 1st of April, 2016 I am employed at Socionext Europe GmbH as a Design Center Support and UNIX Administrator.

On 1st of January 2016 I started to work as a freelancer System Integrator. During this time I supported Fujitsu Electronics Europe GmbH in updating there Red Hat Enterprise Linux infrastructure to 7.2.
The aim was to harmonize the infrastructure and create a 'same setup' infrastructure environment.

In mid June 2013 I started to work as an employee at Entplexit GmbH in Darmstadt. Beside the maintenance and support of customer Opentext systems on a regular base I had the position to maintain the local IT systems and telephone system.
Sometimes I worked for Fujistsu Semiconductor Europe GmbH and later Spansion (now Cypress) and Socionext Europe GmbH as an on site contractor.

In 2010 I started my apprenticeship at Fujistu Semiconductor Europe GmbH. In the first year I started to work in the first level support as Windows technician. But mid 2011 I convinced the Head of IT to move over to the Design Center Support and support the engineers in there daily work.